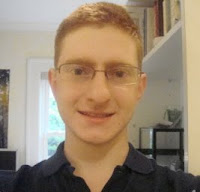 “All young people, regardless of sexual orientation or identity, deserve a safe and supportive environment in which to achieve their full potential.” - Harvey Milk

How do you go on as if nothing wrong has happened? How do you, as a parent, not hold your hand over your heart in tears when you see the picture of this beautiful young man, filled with hope and talent and dreams? How do you not think of your own children?
You don't. You stop and you cry and then try and make sense of it.
Tyler Clementi is gone now. His death ruled a suicide. It is thought, but not proven that it was because his roommate and another student taped a private gay sexual encounter and streamed it live over the Internet. Twice.
What is a gag to some (not most - certainly not most) is unspeakable horror to another (well, to the rest of us, that is). Beyond what the lawyers tell us about the invasion of the inference of privacy that Tyler was entitled to, by closing his door and keeping his love life to himself - the question begs, "Who the fuck thought this was funny enough to broadcast?"
I am sure we'll be bombarded by psychological pundits with the idea of implied emotional fragility that Tyler suffered from (which is biased in and of itself) - to lessen the impact that this intense pain caused by a 'prank' inflicted upon him. I'm sure we'll also hear that none of this would even be discussed had the sex being taped and streamed over the Internet been heterosexual. That's how far gay rights has come, dontcha' know! Spread the news!!!!
But even if either of these scenarios are true - it doesn't matter.
It doesn't matter.
It doesn't matter because it mattered to Tyler.
The truth is gay, lesbian, bisexual and transgendered people do not have the same rights as others in this country. Period. Don't ask, don't tell. Sodomy laws. I hear people speak of events unfolding this weekend and say, come on, it is no big deal, a little kissing, a little fondling, I mean it is laughable enough, right? Sure. Laughable enough that there was interest in taping it and urging others to watch, too. Laughable enough a situation that Tyler, who had not come out, knew to keep this intimate encounter private.
You know, methinks the operable word in the above paragraph is ENOUGH!
There is another label being layered on this hate crime - bullying. Bullying exists. And I agree bullying and bashing is a major part of this, yes. But to me, as a mother, this is more than bullying. More than bashing. It is torture.
"Every person who, with the intent to cause cruel or extreme pain and suffering for the purpose of revenge, extortion, persuasion, or for any sadistic purpose, inflicts great bodily injury as defined in California Penal Code Section 12022.7 upon the person of another, is guilty of torture."
For it to be torture certain 'elements' must be present: you inflicted 'great bodily injury' on another person WITH the specific intent to cause cruel or extreme pain and suffering, FOR revenge, persuasion or for any sadistic purpose.
Supporters of the alleged perpetrators are saying that they are good kids that made a mistake. I say they did not mistake a green light for red and cause a bumper thumper. Nope. They participated knowingly in cruelty and it may have led to a death. Aaaand scene!
I think it hurts me most and makes me angriest that these are not the typical alleged perpetrators. They are not Deliverance extras. They appear to be bright young people. Young people who may have even been subjected themselves to the same tortuous biases because of their race, gender, talent or high IQ. Listen, I know I sound tremulous. I feel it so I am doing all I can to access my higher power to pray for the two young people and hold good thoughts for their parents - who love these children that made such 'cruel and unusual' choices in their lives.
In the wake of all this I see that five more young people have killed themselves because of gay bashing. This takes me to a place where my heart feels in need of masking tape and Elmer's glue. How can we as a society allow this type of insane ignorance to harm our children? How many more must feel helpless before we stand and say enough!
I look at Tyler's sweet face and ask myself this question over and over and over again: Where did your hope go?
"And the young people in Jackson Mississippi, in Minnesota, in the Richmond, in Woodmere New York, who are hearing her on television, hearing Anita Bryant on television tell them that they are sick, they are wrong, there is no place in this great country for them, no place in this world. They are looking to us for something tonight. And I say, we have got to give them hope!" - Harvey Milk
Candi
Posted by Candi Milo at 6:06 PM

I've heard comments to the effect that, today's kids are crueler than ever. I don't know if that's true or if its just that today's technology makes it seem that way.

Candi: along with ENOUGH, the other operative word here is CRUELTY. Thoughtless, uncaring cruelty. One of the non-perks of the digital age is the ability to spread images and info about others at moments' notice, without knowing or caring about the consequences. It's desensitized people who do this. It certainly desensitized those two kids who thought this was just a joke. A life is over and three families are shattered for want of a joke. If they stopped to think for even a nanosecond that what they were doing was wrong-by secretly taping Tyler and hitting the internet with it was CRUEL AND THOUGHTLESS-maybe this could been averted. But a mouse click and a supposed sense of anonymity it gave these two heartless kids trumped.
I'm not naive. I know it goes a LOT further than that, and you said better than I could. But that's the best I can do. That, and do my best as a parent to make sure my son knows that ALL forms of bullying and prejudice must be seen for what they are. It's cruelty at its' worst, and evil.
My prayers go out to Tyler and his family. And my best to you Candi, for fighting the good fight with all your strength.